So its been a while since ive updated this blog because of this game called Super Meat Boy that id been actively working on for the past 2 years with Tommy (as Team Meat). 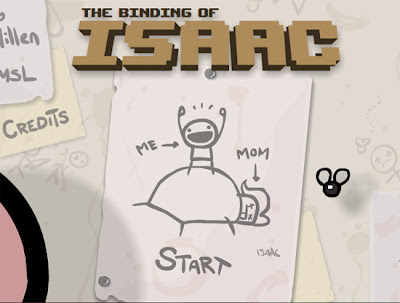 The image above is the proof!

This will be the 1st non-team meat project ive done since Time Fcuk, im currently working on it with Florian Himsl (programmer of Coil, Triachnid and the C word) and it will also feature an awesome score by mr. Danny B.

i still want to keep info on the game and its release date/platform secret till its totally finished and i know what i want to do with it, but i can say that its a play on my favorite game of all time, its a roguelike and it should be done in about a month.

ill hopefully have some more news on it next week!

ill also try and update this blog a bit more...

To clear up any confusion.
THIS IS NOT THE NEXT TEAM MEAT GAME!
THIS GAME IS A MUCH SMALLER GAME THEN SMB!
TEAM MEAT IS WORKING ON A NEW GAME!
Posted by Edmund at 1:19 AM

Cool, the next Team Meat Game! Will it be as big as Super Meat Boy?

woo! i am excited. however, i will be depressed as hell if it releases on 3DS. don't do it, guys. i already bought a 360 [for SMB because i couldn't wait for Steam].

Very excited for this. Had a lot of fun playing Aether. Very much enjoy your art style also. Awesome :)

It may not be the next Team Meat game but it SHOULD be. Roguelikes are truly the greatest

I officially submit my request as a beta tester.

@anon. It will be a bit large of a scale game then SMB.

@exero there wont be a public beta

Haha, sweet. I can't wait to see/play it. Who hasn't dreamt about killing their mom?

This is a great article.

This can't work in fact, that is exactly what I consider.

Thanks for posting this review! I love this website and I’ve subscribed to it.