Road to the IGF

Gamasutra has posted its article/interview Road to the IGF about Coil. If you want to know the honest inner workings of that game i recommend checking it out.

Also anyone attending the GDC feel free to come by the IGF pavilion and say hello, ill have a ton of lame swag, that will be worth about what i paid to have it made, after im dead.

In other news the game im working on with Eli now has a name, its called Spewer. It should be finished by march, and its a lot more in depth then the other flash games ive released recently. im currently rigging up the doctor for animation, heres his basic rigging. 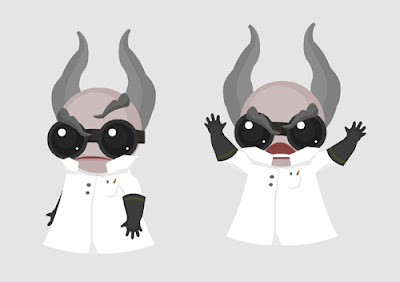 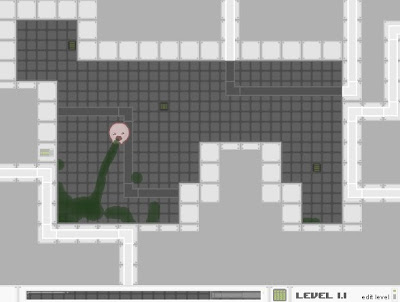 Im also still working on that "untitled" experiment (game) with Florian, its taking longer then expect but i also hope to have it done my march as well.

Spewer kinda reminds me of Bloody Zombie, a 2D platforming game made by Klooni that used blood as a game mechanic for solving puzzles ( http://www.kloonigames.com/blog/games/bloody ), but still, it looks pretty cool, and I'm just basing that relation off the screen shot. Anyway you keep impressing me with your design, I absolutely love it, and, is there any way i could get some of that swag if i ordered your CD? pleaseeee?

Yeah one of spewers forms is kinda like the blood in that game, but you'll have you wait and see how it really plays when its all done :).

If you order the super special edition it now comes with a few buttons and new stickers. I cant afford to pack in buttons with the other editions because it changes the packaging...

great dude, I'll have to get myself one of those, as well as Gish and BM, and maybe some plushies :P anyway I've got an interview coming your way that I set up with Alex Austin (not sure if you knew about it/handle that stuff) for anyButton about him, you, and cryptic sea. Your upcoming stuff looks as good, if not better, then your past stuff, which is already great, can't wait to see more of it!