The Binding of Isaac Halloween update!

Also this is the most amazing Isaac fan art ever! Thanks @LeePfenninger 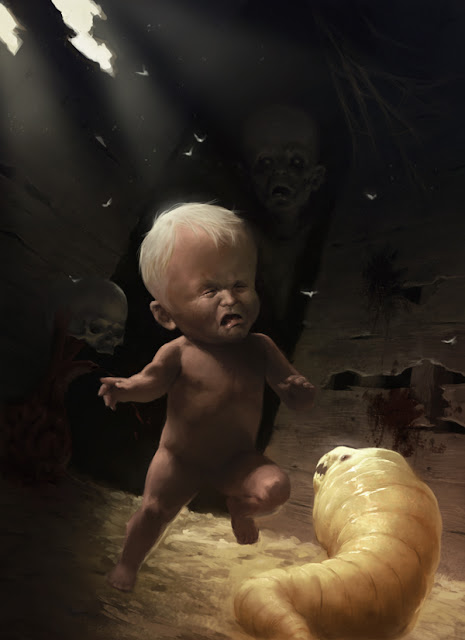 1st off sorry for the lack of response in the comments.. i actually forgot about my blog for a few days..

anyway i just wanted to mention that Isaac was updated on steam. here is what was fixed.
-Fixed wall clipping bug-Upgraded game save so it wont be deleted by clean up tools-Added options to the start screen-Added control options within the options menu-Added lefty support-Added azerty keyboard options-Fixed minor music issues-Added more alt bosses.


Note: there is a 2nd update coming soon! that should fix.


Mac users! your update is coming monday, but youll have to wait a bit longer for the flashachievements app that unlocks your saved achievements (i need to buy a mac and tommy needs to make the app). Dont worry though, all your achievements are saved ingame and will unlock at startup once you have the app udpate.


For PC users who are still not getting achievements, check your computer permissions there is a chance if you arent running as admin your pc will block achievements from unlocking (this is rare though).

So there were a few minor bumps with the launch, came out a few hours late, the launch build was actually an older beta build without achievements and minor music issues.. but we were able to update asap and patch the issues right away.

For most of the day Isaac was the #2 highest grossing game on Steam! amazing stuff! thanks to everyone who picked it up and did video play throughs, podcasts and livestreams of the game, its been yet another surreal launch experience .

It might not make sense to most, but launching a game really takes an emotional tole on you regardless of how the game does, so i really want to thank all of you who went out of their ways to live stream the game, sent me awesome emails and fan pics, you really picked me up.... so now to give back!

Well as i mentioned in my previous post, there has been a lot of talk about a Halloween patch next month if the game was received well, this is obviously the case. So on oct.31st be ready for a very dark and jam packed FREE update to isaac, that will add a lot more to the game... but 1st.

update notes:
-We are aware of a few bugs (wall bug, secret room bug, alt tab bug, etc) and are compiling an update for this weekend that should fix them.

-The Mac version of the game IS saving your achievements, but not rewarding them yet. Tommy is currently working on an app to fix this this week.. so dont worry mac people, all your achievements are there in your save and will be unlocked on steam once we patch the game!

-Anyone still not getting achievements on Pc after they have updated, delete your local content and redownload the game, it will fix any issues. 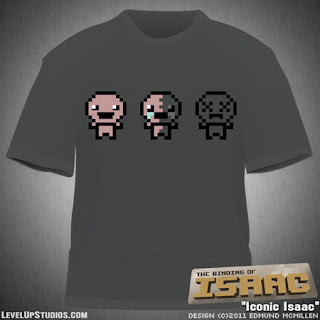 -The Binding of Isaac Tshirt is now up! GO BUY IT! 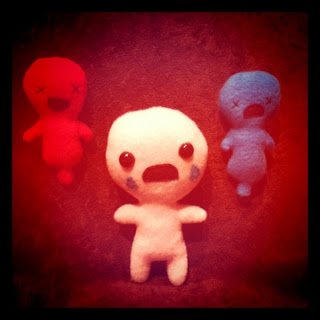 -Danielleorama is currently working on the 1st run of BOI plushes, shoudl be out in the next few days, ill update here when they are up fro sale.

-The BOI limited edition hand printed development zine is currently in the works, i will post info here and via twitter as it develops.

The Binding of Isaac will release on steam in 10 hours.. ill probably be sleeping so ill post the launch trailer and link to whereto buy the game now.

Game comes out tomorrow at 10am on steam!

A fan won a copy of the game early today and did a "1st 20 minutes of The Binding of Isaac" play through.
of course there are spoilers to those who want to see it all themselves tomorrow.. but its a pretty good vid :) 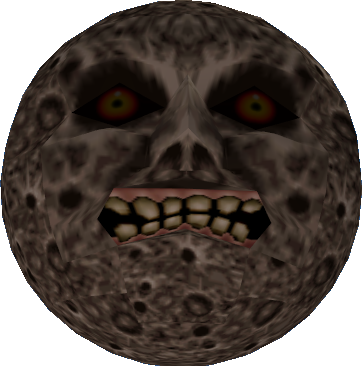